Once there was a happy suburban family. There was a Mommy and a Daddy, and a Daughter and a Little Brother. Everyone in the family loved cookies. Mommy kept a big cookie jar on the kitchen counter filled with chocolate chip cookies. Even though the cookie jar was left out in the open, there were still strict rules about the cookie jar. Everyone in the family was only allowed one cookie per day, and the Daughter and the Little Brother had to ask Mommy and Daddy for permission before they ate their cookie.

One morning the family awoke to a shock. Someone had gotten into the cookie jar in the middle of the night. The jar was left open, all the cookies were gone, and there were crumbs and chocolate smears all over the counter and the floor. Everyone was dismayed. How could such a terrible and scandalous thing happen in their nice home? It was unbelievable. Mommy and Daddy immediately decided to get to the bottom of this mystery, and figure out who stole the cookies from the cookie jar. They searched the house high and low until they finally come to the Little Brother’s room upstairs What they found in there was alarming. The Little Brother was lying on his bed surrounded by cookie crumbs. There were crumbs on the sheets, crumbs on his pajamas, and his mouth was smeared with chocolate. On the floor next to his bed was a half-eaten cookie. Dismayed, the parents woke the Little Brother and very sternly asked him what he thought he was doing. The Little Brother, covered in cookie sheepishly cried out “It wasn’t me!” even as half-eaten cookie crumbs tumbled out of his mouth. But before he could tell his side of the story, the Little Brother was immediately sent off to stay at Aunt Ida’s house, and his tale was effectively silenced.

Later that day, the Daughter entered the kitchen to find her parents cleaning up the crime scene. Mommy was wiping down the counter with  a sponge, and Daddy was vacuuming the floor. The parents then took the half-eaten cookie, placed it in a plastic bag and put it in the freezer.

After that day, things just weren’t the same in the house. The cookie jar was placed in the top cabinet and locked up, only to be brought out on special occasions. No one in the house seemed to trust each other any more, and all the happy times the family had before seemed like distant memories. The Daughter couldn’t stop thinking about the appalling turn of events. In fact, she became obsessed with it. She started to think about her little brother’s denial of guilt. At first it had seemed silly to deny he had eaten the cookies when he was surrounded by evidence, but now she wanted to believe him. The Daughter started to wonder whether or not her Little Brother could have eaten all of those cookies alone, or if there had been a second cookie eater. She even started to wonder if her Little Brother had even eaten a cookie at all. Maybe he had been set up from day one.
The Mommy and the Daddy investigated the matter, and they found that the Little Brother had eaten the cookies, and that he had acted alone. There was no evidence of conspiracy in the Cookie Jar case. The Daughter asked to see the half-eaten cookie that the Mommy and Daddy had in evidence. The parents denied her request, and claimed that for the sake of “Familial Security” the half-eaten cookie would be kept in the freezer until the year 2038.

Soon the story of the Cookie Jar fiasco started spreading around the neighborhood. Despite the findings of the Parental Commission, three out of four kids on the street said they didn’t believe the Little Brother had eaten all the cookies himself. The great majority of kids believed there was a cookie conspiracy. Serious doubts were raised. Could a boy of the Little Brother’s size really haven eaten all those cookies during the time period between when the parent’s went to bed and when they awoke? Spurious articles began showing up in school newspapers which put forth strange theories as to what exactly happened that night in that nice little suburban house. Various groups were blamed for the Cookie Caper. Some claimed that a mob of local Bullies had committed the crime, and blamed it on the Little Brother. Others stated that rogue elements of the PTA had eaten the cookies. Still others claimed that the family’s cantankerous neighbor Fidel had eaten the cookies, because he feared the Mommy and Daddy were trying to eat his cookies. 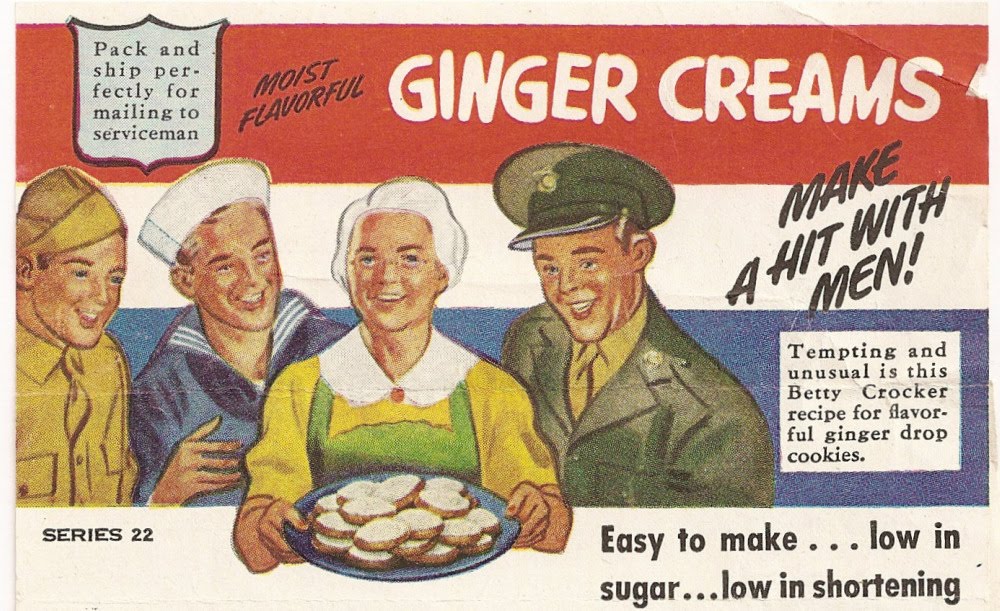 Then the Daughter put forth the most damning conspiracy theory of all: She believed that the Mommy and Daddy had eaten the cookies themselves, and then blamed their own son for the heinous crime. According to the Daughter’s theory, the Mommy and Daddy had eaten all the cookies themselves, then snuck into their son’s room and planted the evidence on him. The Daughter claimed it was the perfect crime, a stunning cookie d’etat. This theory was explosive, and it sent shockwaves throughout the neighborhood. Since the Cookie Caper, several parental conspiracies had been uncovered in other households in the neighborhood. For instance, a couple of parents down on Watergate street had been caught breaking into their Daughter’s hope chest to read her diary. The neighborhood had entered an era of extreme distrust towards parents in general, and it didn’t seem beyond the realm of imagination that a Mommy and Daddy were capable of eating all the cookies and covering it up.
In order to set the matter straight, the Homeowners Association decided to start their own investigation into the matter of the Cookie Caper. The HSCCE, or Homeowners Select Committee on Cookie Eating worked long and hard to tie up all of the loose ends in the Cookie Case. Using a boy of the same height, weight, and age as the Little Brother, they tested to see if one boy could have done all of the eating in the time period allotted, or if there had been a second eater. They concluded that one boy could indeed have done all of the eating in the necessary amount of time. The half-eaten cookie was taken out of the freezer, and the bite marks were compared to the Little Brother’s dental records of the period. The bite marks matched perfectly. It was therefore established that the Little Brother had eaten those cookies to the exclusion of all other little boys. Just like the initial Parental Commission, the HSCCE concluded that the Little Brother had eaten the cookies himself.

Despite scientific evidence to the contrary, the Daughter still believed there had been a conspiracy in the Cookie Caper. She still believed there had been a second eater. She even still believed that her own Mommy and Daddy were behind the whole thing. Everything had changed so much in their nice little suburban home since that terrible day so long ago. She didn’t trust her Mommy and Daddy anymore, and they in turn became more and more secretive towards her. Things were never quite the same again in their house, and the Daughter had a tough time accepting that someone as insignificant as her Little Brother could have changed everything so dramatically. But as much as she wanted to blame her parents for all of their family’s problems, it simply wasn’t true. She could come up with the wildest, most fanciful ways to implicate them, but in the end, her theories would never bring back the cookies or change the fact that her stupid Little Brother had done what stupid little brothers do: act stupidly and ruin everything for everyone else. It just wasn’t fair, but that doesn’t make it any less true.